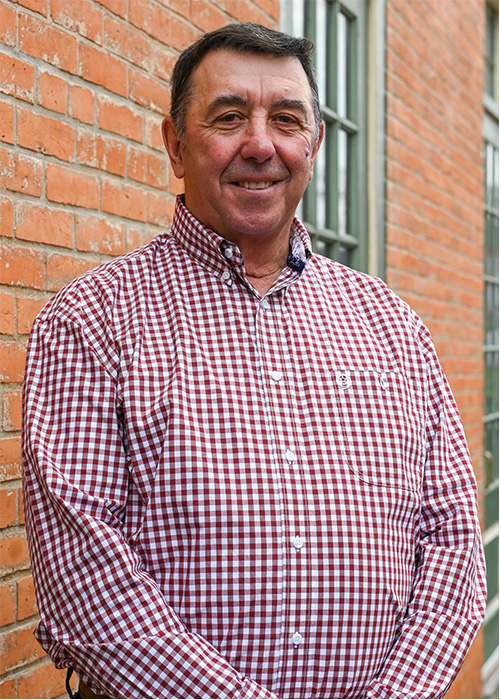 Joe grew up on his family’s farm in Washington County, Iowa, where he raised hogs, cattle, corn, soybeans and alfalfa hay with his dad and brother. After graduating high school, Joe was offered an opportunity as a Territory Feed Salesman for Yoder Feeds in Frytown, Iowa. While there, he gained valuable experience working under the direction of his father-in-law, Don Rich. Yoder Feeds was eventually bought by Dekalb Feeds, sold to United Coop and later Hueber Dekalb Feeds purchased the Rock Falls Plant.

Joe is currently the Territory Swine and Beef Feed Manager and Nutritionist for Hueber Dekalb Feeds. In his spare time, he owns a mowing business with his wife and runs a 70 head cow/calf operation with his youngest son. Joe is also a 4H leader. He enjoys spending time with his five kids, eight grandkids and keeping up with all their activities.